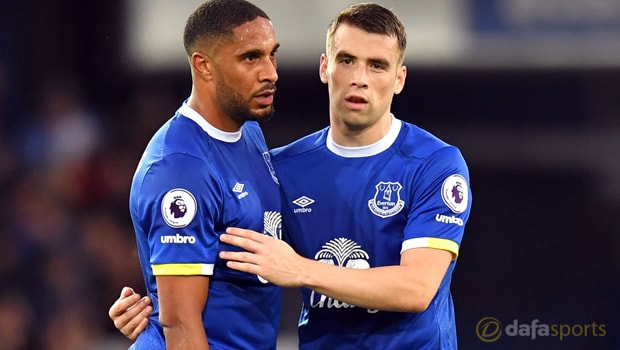 Everton’s Seamus Coleman says he will be putting his club friendships aside when he leads out the Republic of Ireland against Wales’ Ashley Williams on Friday.

The pair are due to captain their respective nations in what could prove to be a crucial World Cup qualifier, with the Republic currently top of Group D and the Welsh third.

Every point looks set to count it what appears to be an extremely competitive pool with Serbia and Austria also hoping to qualify for next summer’s finals in Russia.

Coleman admits he has struck up a good relationship with Williams since the 32-year-old moved to Goodison Park in the summer but insists friendship will be out the window when they meet on Friday.

Instead, he says he is solely focussed on ensuring Martin O’Neill’s men claim all three points from what could prove to be a hugely significant qualifier.

“Once I left (Goodison) after the Hull game, I had my Irish head on straight away,” he is quoted as saying by Everton’s official website.

“I’ve got very close to Ash in the time that he’s been here. I’ve got to know him very well and he’s a great lad.

He’s a winner and he’ll make sure Wales are up for it as well. But whenever I go to meet up with Ireland it’s business and I’m looking forward to the game.

“It’s proud for both of us to be captain of our countries and we’ll both be doing all we can to win for our team.

When we come back we’ll see how it’s gone but once I go away my full focus is getting those three points for Ireland.”