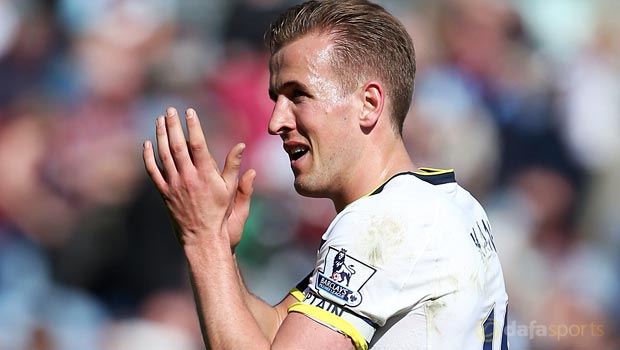 Tottenham Hotspur striker Harry Kane is determined to ensure the club are back in the Europa League next season.

Spurs had been hoping to earn a top-four finish and get into the Champions League but all hopes of doing that ended with defeat to Stoke on Saturday.

Some Spurs fans consider the Europa League to be an unwanted distraction during the season, with the prospect of Thursday night games upsetting the rhythm of their team.

Kane doesn’t subscribe to such theories and he wants to finish the season strongly and get back into Europe’s secondary competition.

“We want to win more trophies and the Europa League is a chance to do that,” the striker said.

“We’re going to try to win the last two games to qualify for the Europa League, and we’ll be taking that competition very seriously.”

Spurs entertain relegation threatened Hull at White Hart Lane on Saturday and they are strong 1.68 favourites to win.

Hull, two points adrift of safety with two games remaining, are on offer at 4.40 while the draw is at 3.56.

He says it will help Spurs should they make it back into the Champions League down the line.

“It’s more games so it gives us more opportunities to play together,”
said the England forward, who scored seven of his 30 goals this season in the Europa League.