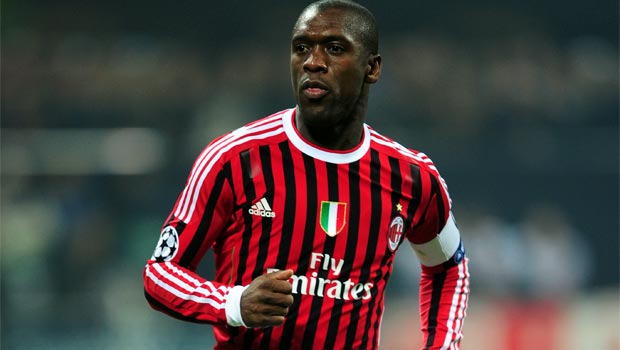 Clarence Seedorf says he is hoping to fulfill his dreams at Milan after accepting the challenge of rescuing the club from its current lowly position.

The Rossoneri parted company with Massimiliano Allegri on Sunday night following Milan’s 4-3 Serie A defeat at Sassuolo and have turned to a man that graced the San Siro for a decade to help them regain their former status.

The weekend result left the Diavolo 30 points behind league-leading Juventus and down among the also-rans, which is a far cry from when they were dominating both Italian and European football.

Many pundits felt it was a surprising choice of coach, given the Dutchman’s lack of experience in the dug-out, as Seedorf was still playing and in his second season at Brazilian club Botafogo.

But Silvio Berlusconi has backed the 37-year-old, who made 432 appearances in all competition for the club during a stellar 10-year spell in Milan, and feels he is the right man to turn things around.

Seedorf has admitted he “couldn’t say no” when the president called him about the job and feels that playing in South America in the latter stages of his career will benefit his transition to the world of coaching.

“This experience at Botafogo has helped me grow a lot and will no doubt help me in my next step as coach of AC Milan,” he said.

The former Netherlands international midfielder has made no secret of his love for the club and told reporters that his aim is to “dream again” while in Milan.

It is thought that the new boss will be in the stands for Milan’s Coppa Italia clash with Spezia on Wednesday night, in which the Serie A outfit can be backed at 1.13 and Spezia are on offer at 14.82 to win the match.