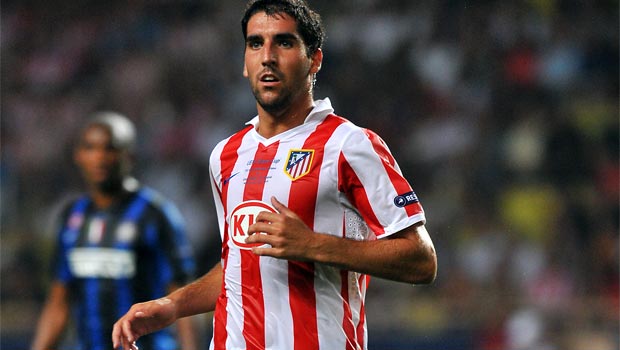 Atletico Madrid striker Raul Garcia believes that challenging on three fronts is tough but feels that they can cope after advancing to the quarter-finals of the Copa del Rey.

Los Rojiblancos have been a revelation this term and have, for the time being at least, turned the usual two-horse race for the La Liga title into a three-way battle.

The Vicente Calderon outfit sit level on 50 points with Barcelona and are three points clear of Real in third in what looks set to be a fascinating run-in to the end of the season.

All three clubs are still involved in the Champions League as well, with Barca set to face Manchester City, Real up against Bundesliga club Schalke and Atletico set for a last-16 tussle with Italian giants AC Milan.

Barca can be backed at 1.55 to win Europe’s elite club competition, while Real are on offer at 3.70 and Atletico are priced at 6.00.

Pressure on the players will be immense over the next few months as the big games come thick and fast but Garcia, who was on target as his men pulled off a 2-0 victory over Los Che on Tuesday night to progress 3-1 on aggregate, is confident they can cope.

“It is true that it is demanding,” he said. “We are now at a level where cannot lose any points or any game. In the end all our opponents want to win. But we’re feeling okay physically.”

And the 27-year-old has echoed the sentiments of coach Diego Simeone, that the capital club will be giving their all to lift three trophies come the end of the campaign.

“We’re still in line to challenge and we have the staff for all three competitions,” he added. “That’s what we’re trying to do.”