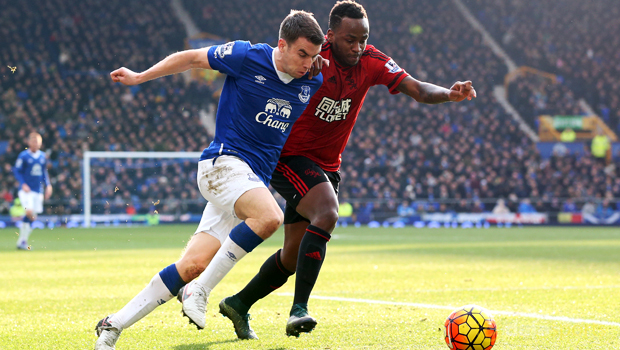 Seamus Coleman says the best way for Everton to get over their disappointing league form is by going on a run in the FA Cup.

The Toffees came tantalisingly close to reaching the Capital One Cup final only to be denied late on in their semi-final second leg by Manchester City last month.

Having come so close to a Wembley final already this season, Republic of Ireland international full-back Coleman wants to try his luck again.

Everton suffered their latest home disappointment last weekend when West Brom managed to emerge from Goodison Park with three points despite the Toffees dominating the game from start to finish.

Coleman says they must forget about their poor form in the league and concentrate on getting a win at Bournemouth in the FA Cup fifth round on Saturday.

“We’ve got to look to the FA Cup at the weekend and do the best we can,” said Coleman.

“We’d love another cup run. We enjoyed the Capital One Cup this year and to get to Wembley would be special.

“We’ll look to win at Bournemouth and improve for the rest of the season. It’s important to finish the campaign strongly – for us as professionals, for the club we represent and for the fans.”

Eddie Howe’s Cherries have lost three of their last four games at the Vitality Stadium. Everton were denied victory in the league fixture between the sides by a 98th minute goal in November.

The Toffees led that game 2-0 for a long time and also looked set for three points when Ross Barkley netted in stoppage time at the end of the game but they could not hold out.

Coleman says it is time to start putting results on the board given the talent within Roberto Martinez’s squad.

“We have talented lads, but it’s no point having the talent if you’re not getting the results and that’s what we need to do,” he added.

Everton are 2.25 to win against Bournemouth on Saturday while the Toffees are 15.00 to claim the FA Cup this season.