David Trezeguet urges France to make the most of Olivier Giroud 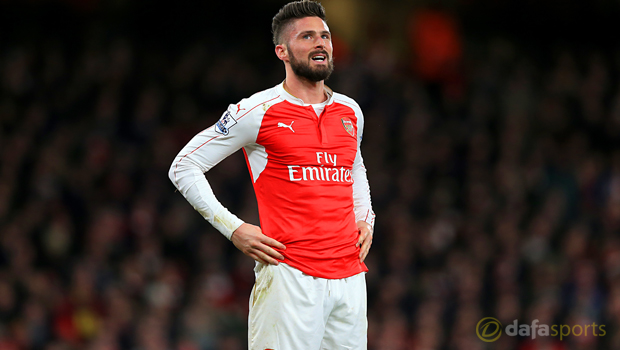 Trezeguet famously scored the ‘golden goal’ that won Euro 2000 for France in Rotterdam against Italy.

He had been sprung from the bench in the final against the Azzurri and laid on the stoppage time leveller scored by Sylvain Wiltord as France came from behind to win the game 2-1 and add the European Championship to their 1998 World Cup success on home soil.

Trezeguet says he was often viewed as the back-up option behind Arsenal legend Thierry Henry in the France set-up.

However, Trezeguet says it is important not to underestimate Giroud and to ensure he has the confidence to make the impact he is capable of when required.

“Olivier is less spectacular than Karim but he’s vital because he scores a lot or brings about goals because of his presence,” he said.

“But you have to talk to him, keep repeating to him that he’s important because it’s not easy.”
Trezeguet says France will need options at Euro 2016, just as they did when he and Henry were scrapping it out to lead the line 16 years ago.

Having different options will be vital if Deschamps team are to succeed says the 38-year-old former Juventus striker.
“I was the subject of debate, like Olivier Giroud is the subject of debate today,” Trezeguet told France Football. “Nothing has changed – from ‘Titi’ [Henry] and me to Benzema and Giroud.

“Olivier is a classic centre-forward. Karim is too but in a different context, a different system. They’re two solutions that you have to have,” he added.

France are 4.00 to win Euro 2016 this summer while they are 1.36 to win Group A ahead of Romania, Switzerland and Albania.