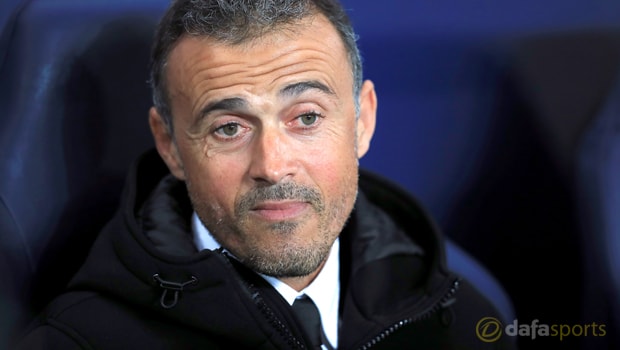 The Catalan giants needed a response after the midweek Champions League humiliation that saw them hammered 4-0 by Paris St-Germain in their last-16 first leg.

It appeared to be on the cards when Lionel Messi fired them in front after just four minutes against 17th placed Leganes.

However the convincing win did not materialise and Camp Nou was left stunned when Unai Lopez levelled midway through the second half.

There was real frustration from the stands, with sections of the home support whistling at midfielder Andre Gomes and manager Enrique.

Messi netted a stoppage time penalty to ensure victory but it was anything but convincing from the Spanish champions.

Afterwards, the Barcelona manager said he had no issue with fans venting their frustration at him, but that turning on their own players was a source of annoyance for him.

“I do not understand. As a fan, whistling a player from your own team does not make sense. Anyone can show their disagreement however they want. But in the case of Andre it annoys me.”

With European elimination staring them in the face and Real Madrid a point clear in La Liga having played two games less, Enrique reiterated that he does not have an issue with any criticism coming his way.

“I understand those who have jeered me. I am the coach and after a performance like the one in Paris I have to accept the criticisms,” he added.

Barcelona are 1.50 to beat Paris St-Germain in the second leg on March 8, while they are 9.00 to qualify for the quarter-finals.