Posted by OLADIPUPO MOJEED on February 12, 2020 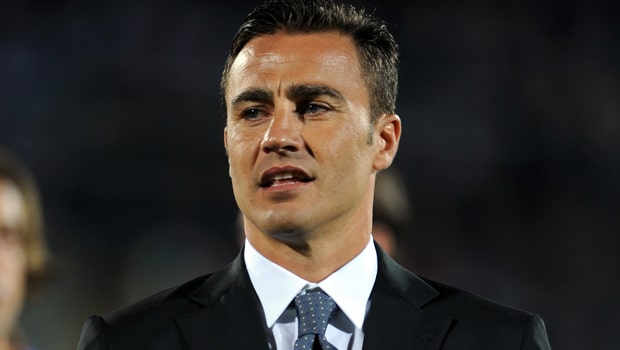 Former Italy captain, Fabio Cannavaro, has said Serie A defending champion, Juventus, is lacking dominance in the domestic front but not have a problem against Olympique Lyonnais in the Champions League knockout stage.

The world cup winner, who is the current manager of Guangzhou Evergrande, noted that the Bianconeri have “invested” a lot to help them towards success in Europe, but they are in a three-horse race for the Scudetto.

Presently, Inter Milan took over the top with a 4-2 win over City rival, AC Milan, with Juventus suffering a 2-1 loss against Hellas Verona after going in front through Cristiano Ronaldo, who scored his tenth straight Serie A goals to break a record set by former France striker, David Trezeguet.

With two losses in three games, Juventus has made the fight for the domestic trophy wide open with Lazio a point behind them after digging out a 1-0 win away at Parma.

To Cannavaro, who was speaking with La Gazzetta Dello Sport, the champions have lost some of their supremacy in Italy, adding that they are no longer as dominant as they were last season.

He advised that their best players must be in the best condition possible to win laurels. While calling for patience on the club that is aiming to win the Champions League, the legend said fans have to wait and see where they will be in April and May.

While expressing delight at watching the trident Paulo Dybala, Gonzalo Higuain, and Cristiano Ronaldo playing together, Cannavaro, however, said that they could be a “burden” for the Old Lady.

As an outsider presently, the former captain noted the coach, Maurizio Sarri sees the players daily and knows the condition and every detail; he said maybe they are suffering dip like which sometimes happens to top teams, using Napoli for instance.

The Gennaro Gattuso’s lads are struggling to get results despite good performance. The suffered a shocking 3-2 loss at home against relegation-threatened Lecce over the weekend.

Speaking about the forwards of Juve, the 46-year-old pointed out that Ronaldo has proven to be devastating up front, but said the team needs balance by having other goal scorers in other to reduce the burden on the Portuguese skipper.

Speaking on the feat of Lazio, he also claimed that the team lacks the “depth” to “keep up” with the top two.

While lauding the team for their performance in the present campaign, he feels the coach, Simone Inzaghi, doesn’t have enough quality among his fringe players to keep up with both Inter and Juventus.