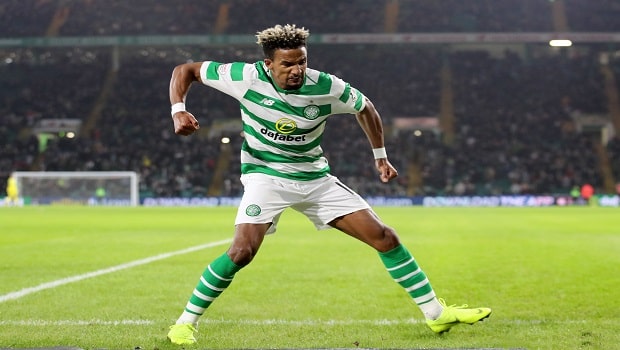 Scott Sinclair knows that Celtic will be ready for battle when Hibs come to Glasgow on Wednesday evening, despite a growing list of absentees.

The Bhoys battled to a 2-0 win over St Johnstone on Sunday at McDiarmid Park, with James Forrest and substitute Timothy Weah netting inside the final 12 minutes.

It re-established a six-point lead over Rangers in the Scottish Premiership as Celtic look to maintain their push for eight titles in a row but victory in Perth came with a cost.

Mikael Lustig went off injured at half-time and Forrest limped off a with a hamstring problem not long after his goal.

Weah had replaced record-signing Odsonne Edouard, whose return from injury lasted just nine minutes when he kicked the studs of Ryan Shaughnessy attempting to score from close range having himself come off the bench.

Another blow for manager Brendan Rodgers came in stoppage time when Kristoffer Ajer saw red for a clumsy challenge.

“I think we have showed that we have been able to cope with adversity,” said Sinclair.

“We have players here who are always willing to put their bodies on the line and play for the jersey.

So we know that whoever comes in, they will give their all for the team. Kieran Tierney, Dedryck Boyata, Leigh Griffiths, Tom Rogic, Olivier Ntcham, Tony Ralston and Filip Benkovic have all been missing recently for various reasons but Sinclair says Celtic aren’t going to be derailed.

“We work for everything and we’ll look to keep our momentum going on Wednesday night, no matter who it is who starts the game,” he added. American teenager Weah sprung from the bench to set up Forrest’s opener before cementing the win late on and Sinclair is tipping the on-loan Paris St-Germain forward to have a big role between now and May.

“He came on and helped us to open up the game and I think he is loving it just now,” he added. “He has worked hard since he arrived and has fitted straight in.

Hopefully there will be a few more to come from him between now and the end of the season.”

Celtic are 1.30 to beat Hibs on Wednesday evening.