Steven Gerrard happy as Gers stand up for themselves 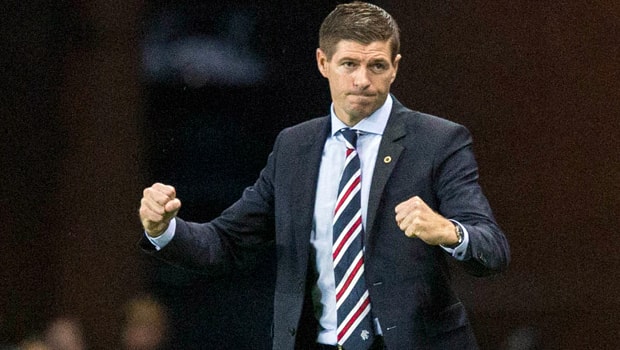 Rangers boss Steven Gerrard felt his side had done their talking on the pitch after they overcame Osijek in Europa League qualifying. Rangers won 2-1 on aggregate after being held 1-1 at Ibrox.

Given some of the pre-game comments from the Osijek camp, the Light Blues boss felt his team had done exactly what was required of them.

Croat midfielder Robert Mudrazija had said his side were “better, stronger, more skilful” despite their 1-0 first-leg defeat in his homeland.

“Sometimes it doesn’t help your players,” Gerrard said. “It just motivates the opposition. Talking doesn’t win you football matches – it doesn’t get you results.

“We thrive on all that kind of talk. We enjoyed it. My players came out and played like men and we did our talking on the pitch.”

Top of the pile for Rangers was midfielder Ryan Jack. He missed the second half of last season with a knee injury and was making just his second start of 2018, but he got the seal of approval from a former master of his craft in Gerrard.

“This is a kid who missed six months at the back end of last season. I am delighted with Ryan’s performance,” Gerrard said.

“I’ve got a good type on my hands there. He’s a player who cares, who wants to win and is prepared to go out and do exactly what you’ve asked of him.

“I think he made one minor mistake during 90 minutes in a big football match. As a midfielder, I was jealous of Ryan’s performance tonight.”

Rangers are 2.38 to win their opening Scottish Premiership match on Sunday away at Aberdeen. The Dons are 3.20 while the draw is 3.25 at Pittodrie.