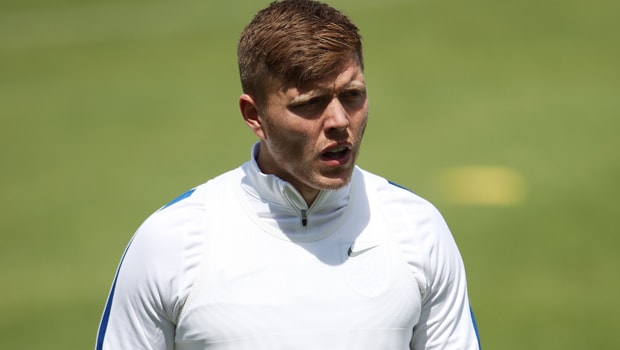 Alfie Mawson said he was excited to make the move from Swansea to Fulham, ensuring that he stays in the Premier League.

The defender, who received an England call-up after impressing for the Swans, moves to Craven Cottage on a four-year deal and, after being relegated with Swansea at the end of last season, stays in the top flight with his new club, who were promoted via the play-offs.

He told Fulham’s official website after confirmation of the move: “I’m excited by the project going on here and I can’t wait to get going.

“The football being played last season was lovely on the eye but also effective and I can’t wait to be a part of it.

“I’m excited to be a part of this great club moving forward and to help achieve success in the Premier League.”

Mawson began his career at Brentford but had several loan spells before joining Barnsley in 2015.

After just over a season with the Tykes, helping them win promotion up to the Championship, he joined Swansea and played in every Premier League game for the club last season, though it ended with their relegation.

He becomes Fulham’s sixth major signing this summer as they prepare for their first season back in the Premier League with Andre Schurrle and Aleksandar Mitrovic having moved to Craven Cottage in recent days.

Fulham have one more pre-season game to come, at home to Celta Vigo on Saturday and then they begin life back in the Premier League with a London derby, at home to Crystal Palace the following weekend.