Sean Dyche delighted to get Clarets on the road 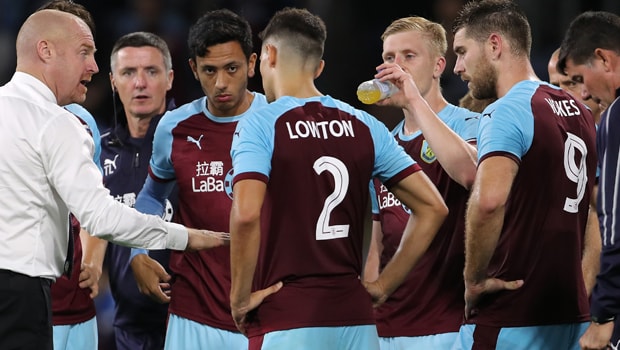 Sean Dyche admits he’s pleased to have delivered the European experience Burnley fans craved after they saw off Aberdeen in their Europa League qualifier.

Jack Cork’s header and an Ashley Barnes penalty saw the Premier League side through after extra-time to face Istanbul Basaksehir.

With a 1-1 draw in Scotland last week, Aberdeen had ensured that 180 minutes wasn’t enough to separate the teams at Turf Moor when Lewis Ferguson’s scored a stunning overhead kick to cancel out Chris Wood’s early strike.

Returning to European club competition after 51 years Dyche admitted that travelling to Scotland wasn’t what the Burnley fans had been dreaming about.

“With all due respect, the idea of going on a European tour probably wasn’t to Aberdeen,” Dyche said.

“So we have got that part where they literally will be going further afield. The fans have waited 50 years. This was a good tie to be involved with, but they still had visions of going into Europe.”

Derek McInnes’ team put on a strong show over the two legs, something that didn’t come as a shock to the Burnley boss. Dyche paid tribute to the Scottish Premiership runners-up for their endeavours.

“We didn’t expect anything other,” Dyche said on his side being run close, adding of Aberdeen: “They delivered two very strong performances.

They came out tonight and they weren’t looking to hang on, they played. I think they’ve been excellent.”