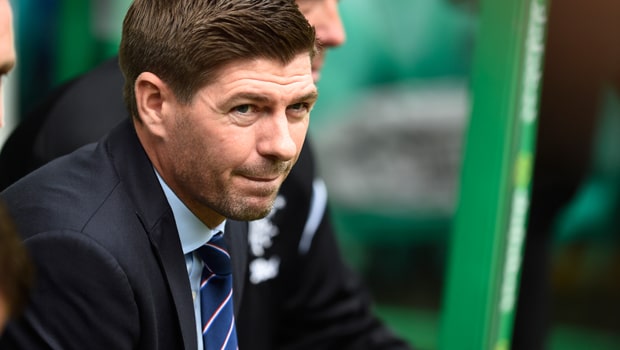 Steven Gerrard feels his Rangers team have shown they believe in themselves after twice coming from behind to earn a draw with Villarreal in their Europa League opener in Spain.

Rangers twice fell behind to strikes from Carlos Bacca and Gerard Moreno in either half but they dug deep to earn a share of the spoils with second half goals of their own from Scott Arfield and Kyle Lafferty.

The Light Blues got off to a nightmare start as they fell behind inside the first minute. Gerrard has insisted that his side are not in Group G to make up the numbers this term and was delighted with a huge result on the opening night of action.

The Rangers boss suggests the result in Spain proves that his players believe what he has told them.

“I don’t think that message is important and sending messages out to other people isn’t important,” Gerrard said.

“The important thing for me is that they believe in that dressing room and are sending messages to each other that they are capable of getting out of this group.”

Rapid Vienna started with a 2-0 win at home to Spartak Moscow in the other game and the Austrians will come to Glasgow next.

Picking up points away from home is important, and now Gerrard wants to see Ibrox being a real intimidating atmosphere for visiting teams.

“It is a tough group, it is not going to be given to us,” he added.

“We have to come to difficult places like this and put points on the board and then we have to use our fans and our atmosphere and intensity and home and see if we can take teams out of their comfort zone.”