F1: Valtteri Bottas still has much to fight for 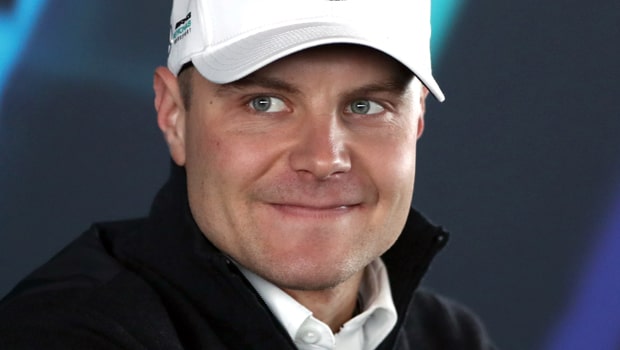 Valtteri Bottas admits it is tough to compete with Mercedes team-mate Lewis Hamilton but will try to finish third this season.

Bottas is in his second year with the Brackley-based marque and enjoyed a solid debut campaign with the team, winning three Grands Prix in 2017 to finish with 305 points and third place in the standings.

However, things have not gone so well this time around as he has yet to top the podium and is down in fourth, three points behind Ferrari’s Kimi Raikkonen.

Hamilton is 40 points clear of Ferrari’s Sebastian Vettel at the top and looks set to pick up a fifth title in November.

Bottas acknowledges that his Silver Arrows colleague is flying at present while he is just scrapping for the minor places.

“It is hard. It’s always going to be hard, trying to beat him,” he told Motorsport.com.

“And he’s having a good run now. He’s obviously really fighting for the championship and I’m not really anymore.”

The high-octane sport moves on to Sochi next weekend for the Russian Grand Prix, with Hamilton the 2.10 favourite to take the chequered flag once more.

Vettel can be backed at 2.25 while Bottas is on offer at 8.50 and the Finn is determined to keep going right to the end of the season to see where it takes him.

“I still want whatever is possible in the championship, I think third at least is possible so that’s going to be the goal for me,” he added.

“I’ll keep motivated and keep trying to bring good results. But I really feel like I need some good results now.”