Rangers ‘not good enough’ to rotate 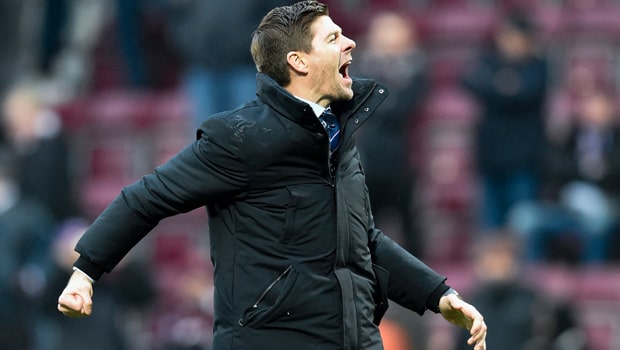 Steven Gerrard has conceded his Rangers squad cannot stand up to rotation after they failed to beat bottom club Dundee at Dens Park on Sunday.

The Light Blues would have moved level on points with league leaders Celtic with victory, but instead it was a point that lifted Dundee off the foot of the table on goal difference.

Ex-Gers striker Kenny Miller put the home side in front early on but Rangers were level by the midpoint of the half when Andy Halliday scored.

Nathan Ralph had been red-carded by that point but, despite more than 70 minutes against 10 men, Rangers couldn’t find the winning goal.

Halliday, Joe Worrall, Jordan Rossiter, Eros Grezda, Ryan Kent and Kyle Lafferty all came into the Rangers side following the defeat to Aberdeen in midweek at Ibrox.

Gerrard was left to reflect on a disappointing afternoon and, while admitting his stand-ins weren’t good enough, he also had a word of warning for those that believe they should be in the team more often.

“It won’t happen again. People knock on your door, people shake their head when they’re not in the team, people are disappointed. That’s fine, that’s football,” said Gerrard.

“But when you are given your chance, go and back it up, go and perform, give me a problem or a headache.

“I think it’s pretty easy, pretty straightforward for me now. I know the players I can trust, and it’s a reality check that we’re not good enough to make five or six changes.

“It should make my job easier going forward because there should be less knocks at the door.”

Rangers are 3.00 to win their vital Europa League encounter in Vienna on Thursday. Rapid are favourites at 2.25 while the draw is 3.60.