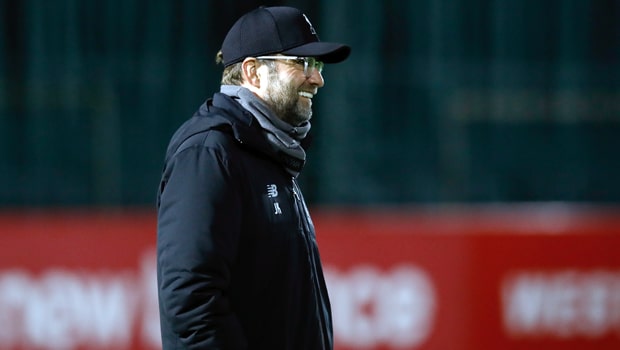 Liverpool boss Jurgen Klopp is adamant he will not panic if Napoli score first during their must-win Champions League match on Tuesday night.

The Reds’ chances of reaching the last-16 of Europe’s premier club competition hang in the balance after their 2-1 defeat to Paris Saint-Germain on November 28.

That was the Merseyider’s third away defeat of the group stages having also lost 1-0 in Italy in their first meeting with Napoli.

That result in Naples means Klopp’s men have to win 1-0 or by two clear goals to be assured of a place in the Champions League knockout stages and will be confident of getting the job done at Anfield having kept 14 clean sheets in their 18 home matches this season.

With so much resting on them getting a result to progress, Klopp insists his team are relaxed ahead of kick-off and says there will be no cause for panic if they do fall behind against the Italians.

“You don’t have a situation like this 20 times in your career, that’s why I think it makes sense that our approach before a game will be completely normal,” Klopp said.

“We don’t want to concede always, that’s how it is, and we want to win, that is also how it is. The rest we will see during the game.

We need to be really active, very focused, very in the game but it’s not that we are afraid of conceding goals before the game starts.

“If they score we then have to score a second and a third and that is a very hard job to do. We knew that already.

That is a big job to do but the boys have played many times and pretty good as well. We know how to be solid and be active.”