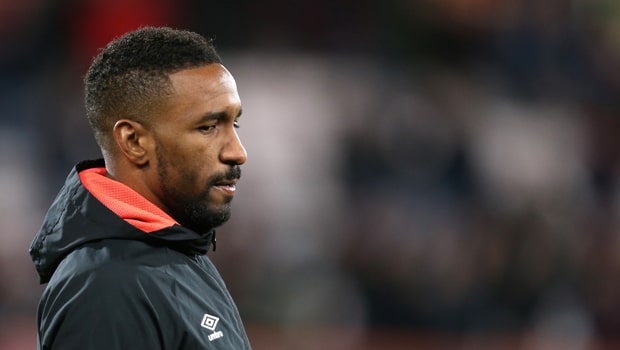 Steven Gerrard is close to completing a deal to bring his former England team-mate Jermain Defoe to Rangers.

The veteran forward, now 36, is reported to have agreed terms on an 18-month loan switch from Bournemouth to Glasgow.

The move remains subject to Defoe passing a medical this weekend before he can join the Light Blues on their warm-weather training camp in Tenerife.

Defoe hasn’t started a Premier League game for Eddie Howe’s team this season and, under the terms of the deal, the Cherries will have two recall options – this summer and in January 2020 – on their player.

The former West Ham, Tottenham, Portsmouth and Sunderland striker is among the Premier League’s all-time top 10 leading goalscorers and will be viewed a coup for Rangers and Gerrard.

The Light Blues have pushed their way into a title race with Old Firm rivals Celtic, and Kilmarnock, this season.

Rangers and Celtic are level on points following Saturday’s derby at Ibrox, where Ryan Jack scored the only goal for the home side.

The Hoops remain top on goal difference, while Brendan Rodgers’ side also have a game in hand. Jack’s goal have Rangers a deserved win and ended a six-year wait for a league win over the Hoops, while it was the first time Rodgers has lost a Glasgow derby fixture.

Rangers are now 4.50 to win the Scottish Premiership this season, with Celtic 1.20 to make it eight titles in a row.

Gerrard meanwhile is also said to be inching close to a deal to bring Northern Ireland skipper Steven Davis back to Glasgow from Southampton.