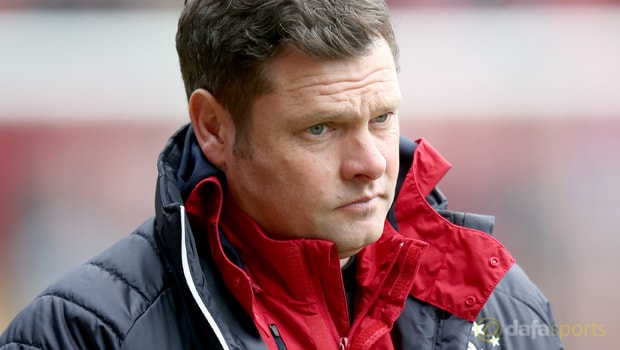 Graeme Murty says being appointed as Rangers boss until the end of the season gives him a chance to put his own stamp on the club.

The 43-year-old initially took interim charge of the Ibrox outfit after Pedro Caixinha was sacked in October but with Rangers failing in their attempt to lure Derek McInnes from Aberdeen, Murty has now been placed in charge of the Light Blues for the remainder of the campaign.

The former Reading midfielder, previously in charge of youth development at the Glasgow club, says his approach to looking after the first team will be altered now that he’s got a permanent stake.

“[My attitude to management] is going to have to change because as a youth coach you are looking at development and long-term plans,” he said.

“But now I have an opportunity to change the direction of the squad, its playing style and actually mould it to how I want it to look.” Rangers ended a run of two defeats when they overcame Motherwell at Ibrox in midweek.

Next up is a trip across Glasgow on Saturday to face rivals Celtic at Parkhead.

Murty was in temporary charge when Rangers came away from Celtic with a 1-1 draw in March, the only Old Firm clash in seven so far that Hoops manager Brendan Rodgers has failed to win.

Murty says his team will be aggressive and positive at the home of their fiercest rivals.

He added: “I like people who make those around them better.

I think players should have characteristics that add to the collective and have a positive influence on those around them. I’d like to think my teams are positive.”