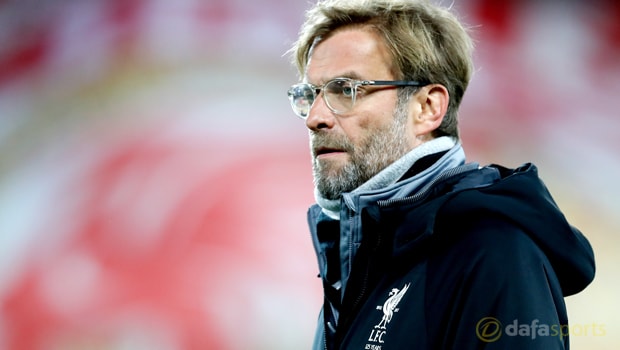 The Reds’ long courtship of the Dutch central defender is finally at an end after they confirmed a £75m deal to bring the Southampton player to Anfield when the January transfer window opens.

Van Dijk will become a Liverpool player on New Year’s Day and his move makes him the most expensive defender in world football.

Klopp doesn’t want his man to be judged on the amount of money he cost and would rather focus on what the 26-year-old can offer.

“Quality,” said Klopp when asked what Van Dijk would bring to Liverpool.

It’s quite difficult at the moment because technically he’s still a Southampton player.

“We don’t make the prices, the market does. Liverpool supporters should forget about the price.

We only talk about the player and what he can bring in; the quality, the mentality, the character. That is why we are really happy about it.”

The former Celtic man has suffered with injuries and lack of form this season after failing to get his move to Liverpool a few months ago.

Van Dijk handed in a transfer request at St Mary’s in a bid to push through a summer move but it didn’t materialise.

“Virgil hasn’t had the best first half to the season at Southampton,” said Klopp.

“He was out injured for a long time and we all know about the things that happened last summer.

“He needs to adapt to our style of play. It’s a completely different game but we are 100 per cent sure he will do it.”