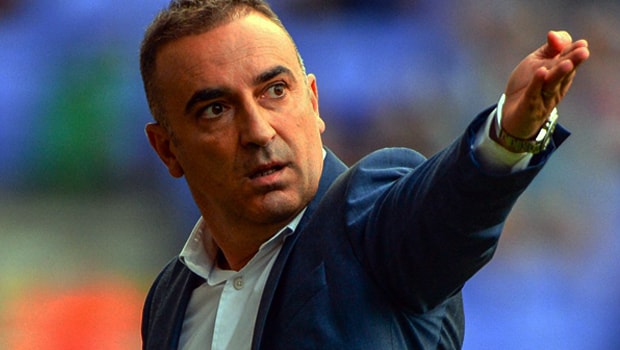 New Swansea City boss Carlos Carvalhal did not discuss a January transfer budget with the club’s hierarchy before taking over at the Liberty Stadium.

Carvalhal has been appointed as the replacement for Paul Clement, initially on a contract that lasts until the end of the season.

He left his position as boss of Championship outfit Sheffield Wednesday after defeat to Middlesbrough last weekend and was promptly named as Swansea’s new boss on Thursday.

His first task will be an away trip to Watford on Saturday as the Swans desperately try get off the foot of the table.

“I did not talk money with the chairman, usually I don’t deal with the money, it is my romantic side talking,” said Carvalhal. “I deal with footballers, then if we need – try to say which players we need.

“I will try and choose them but the money is not what I want to talk about, I am allergic to money.”

For now, Carvalhal says he is content to work with the squad he has inherited and hopes to be pleasantly surprised by some of them.

“I must analyse the team. You have surprises, sometimes negative, sometimes positive,” he added.

“First we want to give opportunities to these players to show they are better, individually and as a collective, than what they did so far.”

The Portuguese coach takes over with Swansea bottom of the table and five points from safety. He has 18 games to save the club from relegation and says that goal is enough for now.

“I don’t have a problem with my future. It is not a contract that puts someone at a club. It’s the day by day, you prove to the fans, the media,” he added.

“If you sign a contract and the people are not happy with you, you will be out.

I have a big self-confidence in me and my fans.” Swansea are 5.50 to win at Watford on Saturday and they are 1.17 to be relegated to the Championship this season.