Glasgow Celtic on the right path despite dropping points 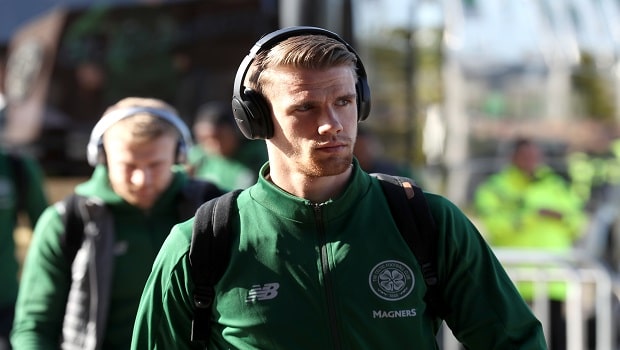 Dafabet sponsored Glasgow Celtic took part in a hot and feisty Scottish Premiership match in Edinburgh on Saturday. The local Hibernian fought valiantly at their home turf Easter Road and secured a point in a 1-1 draw, the first game Celtic dropped any points this season.

The opening 1-0 tally for the Hibs came by an unlucky own goal by the Celtic’s Norwegian center back Kristoffer Ajer on the 8th minute, but the visitors bounced back already on the 24th minute by Ryan Christie’s sixth goal in seven Premiership games this season.

Despite dominating for the most part of the game and pounding a hefty 20 shots, seven of which were saved by Hibs keeper Christopher Maxwell, the Celtics failed to add to their score.

Former Hibernian manager Neil Lennon, now in charge of Celtic, was adamant his side was robbed of at least two penalties in the heated match, which saw eight yellow cards and a plethora of rough tackles. In BT Sport interview Lennon also criticized his team of looking “flat” and “lacking a little bit of snap at times”.

Despite the draw at Hiberninan, Celtic stay on top of the Scottish Premiership by one point margin to their age-old rivals Glasgow Rangers. Both teams have played seven games, the decider being at this point the 1st September head-to-head in Ibrox, which Celtic took cleanly 0-2.

There’s no room for slip-ups though, as Steven Gerrard’s men seem eager to snap Celtics 8-year-streak of dominance in Scottish football.

Celtics mid-week European adventure continues on Thursday, when they’re facing Romanian side CFR Cluj in Europa League group stage. Cluj showed some class to start the competition by upending Lazio Roma in the first game and there’s no question it will be a tough match at Celtic Park on Thursday night.

Celtic drew their first fixture 1-1 away at French Ligue 1 side Rennes and are in good position to fight for the qualification.
Next up in Scottish Premiership is Livingston on the road, with only two days rest between the fixtures.

Livingston has had a mediocre start to the season, losing three in a row after winning and drawing twice. They’re currently sixth in the league with eight points.