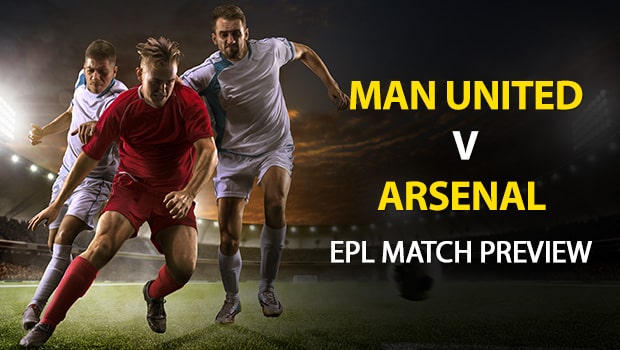 We’ve got a big-time matchup Monday at Old Trafford as Manchester United and Arsenal go head-to-head in some must-watch Premier League action. Simulation data has some side value on this one.

Draw: There’s a 27 percent chance this match ends in a draw. That happens in 26 percent of simulations — suggesting no added value on the pick.

Head to Head: These two sides most recently matched up in Premier League action on March 10, 2019 when Arsenal won, 2-0.

Pierre-Emerick Aubameyang has a 53 percent chance to net the ball for Arsenal. he averages 2.8 shots overall per sim, 1.18 shots on goal per and 0.77 goals per sim.

Simulation data projects Arsenal to be more competitive than picks-makers are indicating. Picks indicate there’s a 59-to-60 percent chance Arsenal covers the spread. They either win or finish in a draw in 69 percent of simulations. The added side value on Arsenal is a four-star (out of four) hot trend pick.