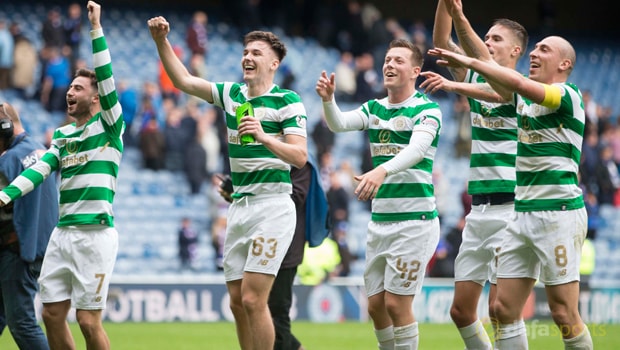 Former Rangers midfielder Thomas Buffel believes Celtic have a great chance of picking up a crucial victory away at Anderlecht in the Champions League on Wednesday night.

Celtic have been drawn in arguably one of the hardest groups this season with French giants Paris Saint-Germain and German champions Bayern Munich making up the pool.

Les Parisiens dealt out a lesson to the Scottish champions in their opening European match, winning 5-0, and it is expected the Ligue 1 outfit and the Bavarians will clinch the top two spots.

Finishing third in the group would secure a place in the Europa League and the Bhoys face a crucial contest in Belgium on Wednesday night against Anderlecht.

Anderlecht suffered a 3-0 loss to Bayern in their first game while their league form has been scratchy at best, having won just three of their eight matches, leaving the club in seventh.

Celtic have taken 19 points from a possible 21 in the Scottish Premiership and Buffel, who played at Ibrox from 2005-2008, believes Brendan Rodgers’ side have a great chance to come away with all three points.

Anderlecht have already shown in the past that they can do anything at home in Europe.

“Anderlecht and Celtic must compete for third place, so it’s important to win that first match.”

Anderlecht are 2.10 favourites to pick up the win, a draw is priced at 3.50 while Celtic, who defeated Rangers in the old firm derby last time out, are a 3.40 chance.