The Bhoys get set for Europe

Posted by Ayotunde Omolayole on September 6, 2019 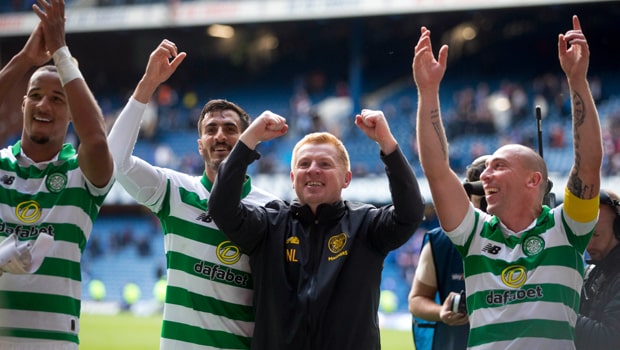 Scottish Premiership champs Celtic FC are gearing up for a successful European campaign following the Europa League Draws for the 2019/2020 season held on Friday 30th August 2019 in Monaco.

Celtic were placed in group E where they would face off against Italian Serie A top shots SS Lazio and French Team Stade Rennais FC. In an ironic twist, the Hoops were also drawn again to face CFR Cluj from Romania.

The Romanians had earlier this season eliminated Celtic 5-4 on aggregate in the preliminary qualifying rounds for the UEFA Champions League. Cluj was themselves eliminated in the next round, and it seems fate has brought them together with Celtic to do battle in Group E.

Reacting to the draw Celtic Head Coach, Neil Lennon expressed delight with his side’s group. He noted especially the chance to get their own back at Cluj saying:

“There’s a couple of glamour games there and obviously a chance to maybe exact some sort of retribution to Cluj as well.”

Neil went on to talk up the quality of his other group opponents Lazio and Rennes. Commenting

“Rennes are a good side, and they won the cup last season, which is no mean feat beating PSG in the final. They have some very talented, quick players.

And of course, Lazio is a great draw, very glamorous and a trip to Rome as well. That’s something everyone here will look forward to.”

Teams like Lazio will offer a stern test Coached by Simone Inzaghi the Rome side have the talents of a goal scorer and Italian international Ciro immobile to call on.

Rennes are also no less tough adversaries. Coached by Julien Stephan the Breton side will also be determined to do well by qualifying out of the group. Cluj will also be hoping recent history repeats itself when Dan Petrescu’s men face off against the Celts.

Celtic aim to have a good go at the competition to make up for the disappointing early exit from the Champions League. They will feel they have a good chance of advancing out of the group.

European nights at the Celtic Park stadium should provide the perfect boost for the Hoops to get the better of their illustrious European opposition. Yes, getting out of the group will be their first target but the Bhoys will definitely be looking to have a good run possibly all the way to the final.

The last time they got to a European final was in 2003 when in the then-named UEFA Cup final, they were defeated by a Jose Mourinho led Porto FC side. The Celtic faithful will be hoping they can go one better this season and bring home European silverware to Celtic Park.

The Group Stage of the Europa League kicks off on 19th September. Celtic will travel to Northern France to take on Rennes while group rivals Cluj will host Italian side Lazio.

Celtic FC are priced at 5.00 to finish as winners of Group E, while Lazio are favoured at 1.65 to advance in the competition.