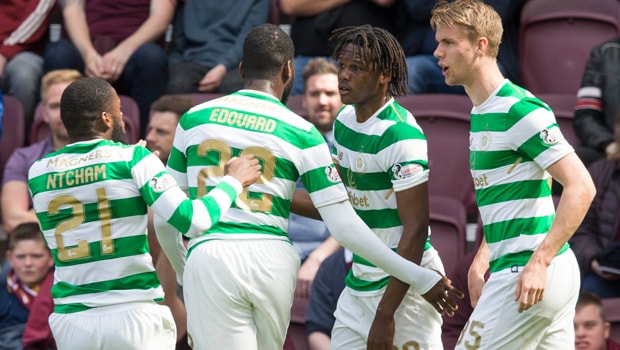 Celtic legend Stiliyan Petrov says the club most move Dedryck Boyata on before the transfer window closes because the Belgian will never earn the trust of his team-mates again.

Boyata failed to travel to Greece with for the second leg of the Champions League third qualifying round against AEK Athens this week, insisting he was injured and could not play, with the Scottish champions eventually losing 2-1 on the night and 3-2 on aggregate.

Boyata is believed to be chasing a move to the English Premier League after featuring for the Red Devils in the early stages of the World Cup in Russia this summer.

A host of top clubs across Europe are being linked with moves for the 27-year-old, who may command a transfer fee in the region £10m. For Parkhead icon Petrov, the decision is an easy won for the Hoops now.

“If you let them down then it is very difficult to come back from that and earn their trust again,” said the Bulgarian.

“The next step for the board and manager is to see what is right for Celtic and either sell him and bring in two other central defenders.

“There’s definitely a friction in the club, Dedryck has been very good for Celtic, he’s been a strong player for them, he’s been at the heart of the defence and he’ll be a big miss and we saw that against AEK.

But when you lose the trust of the players and your manager it’s very difficult to get that back.

“I hope they find the best outcome for Celtic because managers and players they go but the fans and the club stay.”

Celtic must pick themselves up as they start the defence of the Scottish League Cup on Saturday away at Partick Thistle, where they are 7.00 to win 3-0.