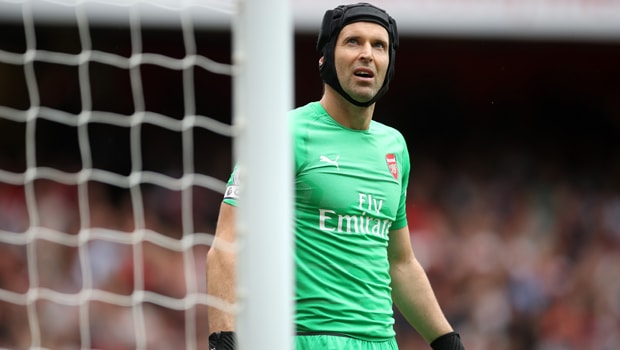 Unai Emery has confirmed Petr Cech will retain his starting place for Arsenal in Saturday’s trip across London to face Chelsea.

Cech has insisted he is comfortable with a new style of play under Emery, which places an emphasis on playing out from the back.

He attempted more passes in the 2-0 defeat to Manchester City than in any Premier League game last term, though he contrived to cough up possession to the champions on 11 occasions.

Emery signed goalkeeper Bernd Leno from Bayer Leverkusen in the summer for £22m, but the Gunners boss insists he’s still got every faith in Cech, who returns to former hunting ground Stamford Bridge on Saturday and will start.

“I am very happy with his performance,” Emery said.

“I think he has experience, quality, capacity like a first goalkeeper with us – and also Bernd Leno.

“They are two important goalkeepers for us. Different qualities but for us, like we want to play, the two goalkeepers can play.

“Saturday the decision is easy, Petr Cech will continue to start the match, I believe in him. If he starts bad, I believe in him also.” Emery does have defensive worries ahead of the Blues clash.

Ainsley Maitland-Niles started at left-back against Manchester City but has fractured his fibula and will be out for up to eight weeks.

Nacho Monreal has trained this week and Emery confirmed he’s in contention to return to the first-team squad for the London derby.