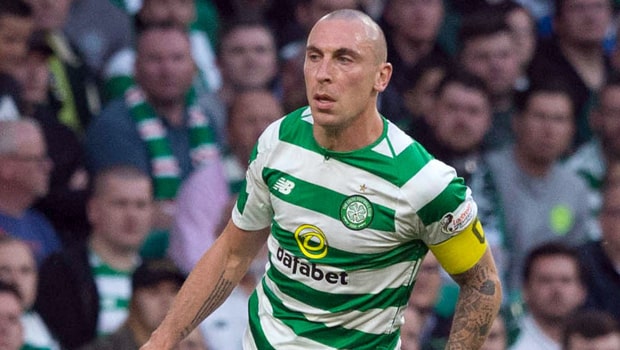 Celtic may be underdogs but skipper Scott Brown says they’ll show no fear when they face Valencia in the Europa League on Thursday evening.

The Hoops host their La Liga opponents for the first leg of the last-32 tie at Parkhead and Brown knows just how important the cauldron of Glasgow’s East End can be on a European night.

Celtic have won all seven domestic games so far in 2019, without conceding a goal in doing so. Facing Valencia will present a step up in terms of quality but it is not something Brown, or Celtic, should be shying away from according to the long-serving midfielder.

“It will always be jumping here at home on a European night,” said Brown.

“The atmosphere is incredible and over the years that is something that has been huge for us.”

Celtic are second-best in the betting at 3.40, with Valencia favourites at 2.20 to leave Scotland with a win and the draw priced at 3.30. Brown insists the Scottish champions have got nothing to fear.

“We’re excited by it. I don’t think we fear anyone. We just want to go out and show what we have got,” he added.

The atmosphere at Parkhead on European nights is well documented and Brown hints that Celtic will feed off that, as well as their own domestic form since the turn of the year, when they run out against Valencia, currently sitting eighth in Spain’s top flight.

“We always fancy ourselves at home, no matter who it is against,” he added.

“We are playing well, results have been good and we are keeping clean sheets so the confidence in the squad is high. We have belief in one another and hopefully we can go and give a solid account of ourselves.”