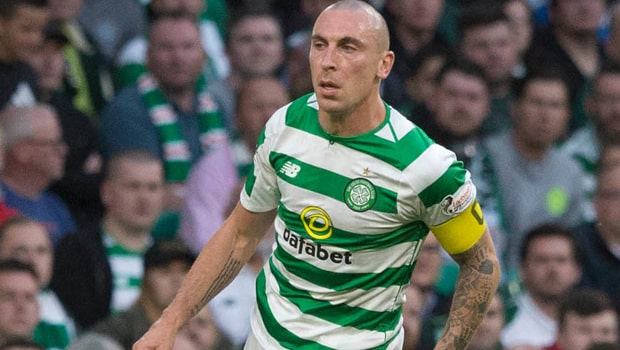 Celtic captain Scott Brown has signed a two-year contract extension while the club brought in four new players on what was a busy deadline day.

Former Scotland international Brown originally joined the Bhoys back in 2007 and he has enjoyed unprecedented success during his time in Glasgow, winning eight league titles, five League Cups and four Scottish Cups, while he has also captained the club to the domestic treble in each of the last two seasons.

The 33-year-old’s new contract will see him remain at Parkhead until the summer of 2021 and it also brings to an end the recent speculation linking him with a move to Australian outfit Western Melbourne.

Brown admits he is delighted to have committed his future to Brendan Rodgers’ side and he has indicated that he expects to now finish his playing career with Celtic.

“Celtic has been such an important part of my life for a long time now, since I joined the club back in 2007, and this really is home for me.”

When asked whether this will be his final contract as a player, Brown replied: “I think it definitely would be.”

The former Hibernian player admits his focus now is on delivering further success to Celtic, with the triple-treble remaining very much on the cards.

Celtic have already won the League Cup this season and they are priced at 1.13 to claim what would be an eighth successive Scottish Premiership title, while they are also through to the fifth round of the Scottish Cup.

Brown’s contract extension was not the only good news for Celtic on deadline day, as right-back Jeremy Toljan joined on loan from Borussia Dortmund, while Maryan Shved, Andrew Gutman and Manny Perez arrived on permanent deals, although the latter two will spend the rest of the season out on loan.