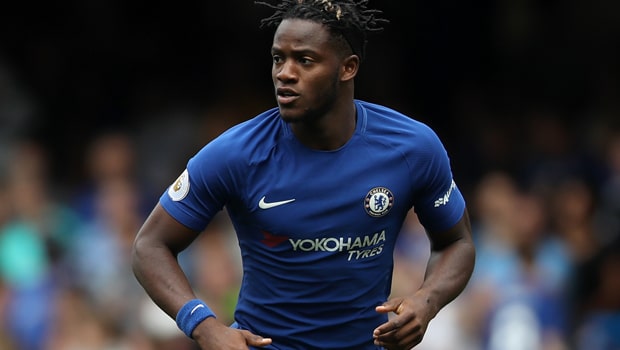 Crystal Palace completed a deadline-day swoop to bring in Chelsea forward Michy Batshuayi on loan for the rest of the season.

The deal that brings the Belgium international to Selhurst Park went through just minutes before the transfer window was due to slam shut.

Batshuayi, who does not appear to have a long-term future at Chelsea, spent the first-half of the season on loan at Spanish outfit Valencia where he scored one goal in 15 league appearances, although only four of those outings were as a starter.

Upon his return to Chelsea, the 25-year-old was linked with moves to Tottenham, West Ham and Real Betis, but he has ultimately joined Palace and he admits his is looking forward to playing and scoring goals once again.

“I am very happy to be back in London and the Premier League, and already looking forward to being on the field – this time in red and blue!” Batshuayi told the club website.

“I’m hungry for game time and goals and I hope I will find all that here at Palace.”

Palace have certainly been in need of attacking reinforcements, as only Newcastle, Cardiff and Huddersfield have scored fewer goals than Roy Hodgson’s side in the Premier League this season.

Batshuayi, who also counts Marseille and Borussia Dortmund on his list of former clubs, could make his Palace debut during Saturday’s clash with Fulham at Selhurst Park.

The Eagles currently sit just four points above the relegation zone, but they are priced at 2.05 to beat fellow strugglers Fulham, who are available at 3.75, while the draw is on offer at 3.50.