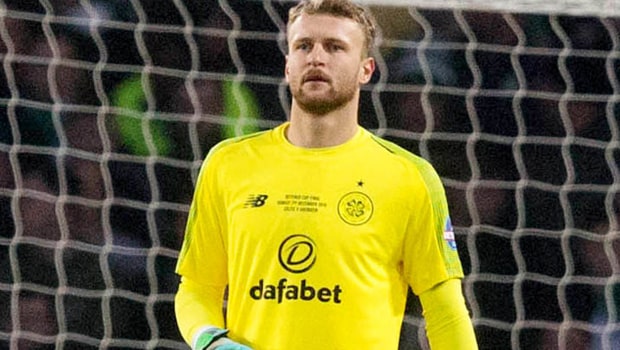 Scott Bain is now Celtic’s first-choice goalkeeper, according to manager Brendan Rodgers. Bain has played all six games since the Hoops returned from their winter break, leaving Craig Gordon out in the cold.

In that run, Celtic have not conceded a single goal, but Rodgers says it is Bain’s all-round game and reading of the play that has moved him up the pecking order for now.

The former Liverpool and Swansea boss likes his teams to play good football whenever possible and that starts with the goalkeeper.

“Scott is playing at the moment, he has had a sustained run and all my goalkeepers are fighting to play,” Rodgers said.

“Scott’s decision-making is very good. When we brought him in here, it is because he had a really good view of game. I’ve always had goalkeepers like that because how they build a game is really important to how my teams play.”

Gordon was number one through Rodgers’ first two seasons in Scottish football, but it appear Bain, 27, has stolen a march on his veteran rival now.

“He [Bain] understands football, when to speed up the game, when to go in the first and second line,” Rodgers added.

“Craig is a fanatic goalkeeper. He makes great saves and he understands all of this from my time here. We have two goalkeeper vying for the position. Scott is looking calm and composed and when he has to make saves, he does, which is important.”

Celtic will face St Johnstone for the third time in a fortnight when they meet in the Scottish Cup on Sunday at Parkhead.

Having won both games so far 2-0, Rodgers’ team are 6.00 to make it a hat-trick while Saints are 12.00 to break Celtic’s hopes of another domestic treble by winning the tie.