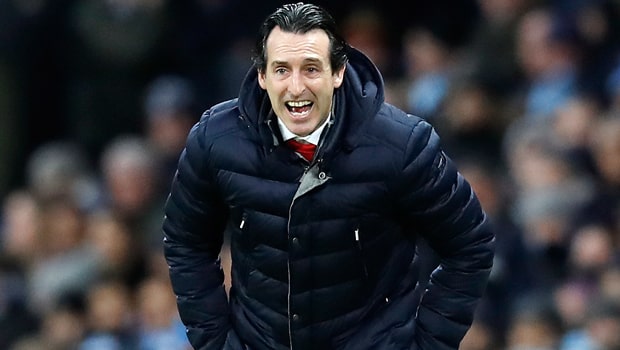 Boss Unai Emery says Saturday’s trip to Huddersfield Town is one in which Arsenal must adopt a must-win attitude.

The Gunners are seeking to end a run of six away league games without victory when they travel to face basement club Huddersfield.

Hopes of a top-four finish for Emery in his first season continue to be undermined by their away form, with Arsenal now down to sixth – a point behind resurgent Manchester United and three behind Chelsea in fourth spot.

His side haven’t picked up three points away from the Emirates since they won 2-1 at Bournemouth in November, and Emery is aware they must halt that run.

Asked if Huddersfield’s own poor form meant this game was must-win, Emery replied: “Yes. We started very well away, changing our mentality, but now we need to recover this confidence, to recover this performance and the next opportunity is Saturday against Huddersfield.

“But it is difficult. These matches are difficult and they are playing for the possibility to continue in the Premier League.”

Arsenal’s struggles on the road are nothing new. They have managed only 17 wins in 50 Premier League away games, dating back to August 2016, and Emery says the problems are as much mental as tactical.

“Imposing ourselves from the first minute, and throughout the 90 minutes, our capacity against them – but first is the mentality,” he added.

“For us, tactically, is the second issue. The first is to think we need to win and after it’s how we can win this match – (in terms of) preparing tactically and individually.”