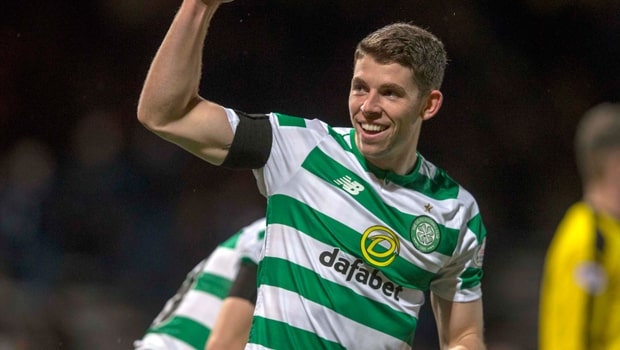 Ryan Christie is looking for Celtic to keep their momentum going after the 5-0 win against Dundee while he claims their Scottish Premiership rivals will be fearful of playing them.

The 23-year-old has been delighted with the turnaround in fortunes for Brendan Rodgers’ side since the surprise 2-1 defeat at Kilmarnock on September 23 as they have won six games in succession in domestic competitions.

Their only defeats have come in last month’s Europa League group games at Red Bull Salzburg and RB Leipzig respectively.

However, they have won four Premiership matches, scoring 16 goals and conceding just two – in a 4-2 win against Hibernian – while they have defeated St Johnstone and Hearts in the Scottish League Cup to reach the final.

The latest win saw the Bhoys hit Dundee for five at Dens Park to give Rodgers his 100th victory in charge and moved them to within four points of leaders Hearts with a game in hand.

And Christie said: “I think the confidence we’re showing going forward, everyone can see that now.

“Hopefully that gives other teams a fear when coming up against us that we can really punish them. “We just need to keep concentrating, keep our heads down and keep that momentum going.

“There’s been a few injuries recently, which I think has made everyone aware of how ready they need to be.”

Looking ahead to the weekend’s home clash against the leaders, Hearts, who Celtic beat 3-0 in the cup last Sunday, Christie added: “We just need to keep going, and we can concentrate on Saturday now and hopefully get another result.”

Celtic are 1.29 to pick up another win and Christie is 2.75 to score at any time in the match.