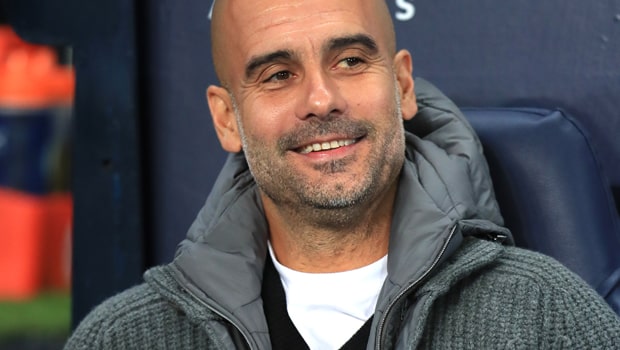 Pep Guardiola is hopeful the knee injury picked up by Kevin De Bruyne during Manchester City’s 2-0 victory over Fulham in the Carabao Cup on Thursday is not too serious.

The Belgium international was making just his second start since suffering an injury to his right knee in August, but he was on hand to help his side book their place in the quarter-finals with a routine 2-0 success at the Etihad Stadium.

However, the 27-year-old’s night was brought to a premature end during the second-half when he was injured during a tangle with Fulham full-back Timothy Fosu-Mensah.

De Bruyne appeared to indicate that the issue was with his left knee this time and Guardiola admitted after the match that he is unsure regarding the severity of the injury, but he is hopeful that it is just a minor issue.

“Kevin is being checked by the doctors,” Guardiola told reporters.

“I don’t know [how serious it is]. We don’t know if it’s nothing or if it’s something serious.”

Guardiola certainly won’t want to lose De Bruyne for another extended period of time, particularly as he feels the former Chelsea star is just starting to rediscover his best form following his previous injury layoff.

“I think today Kevin is back, the Kevin we know,” Guardiola added.

“He made a huge effort against Shakhtar [Donetsk, in the Champions League], played a few minutes against Tottenham in difficult conditions.

“Today [against Fulham] he was involved in offence and defence, hopefully what happened in the last minute is not serious.”

It remains to be seen whether De Bruyne will be available for City’s next match – Sunday’s Premier League clash with Southampton at the Etihad Stadium.