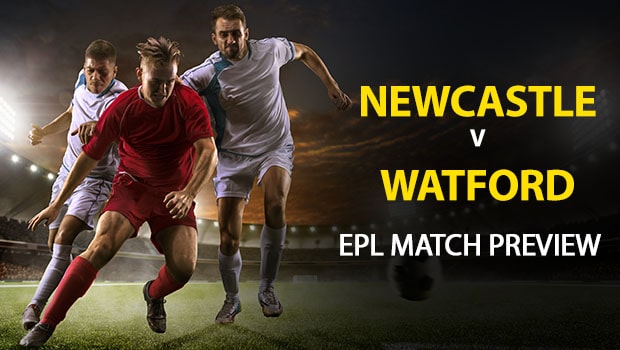 Newcastle are still without a win as they go into this weekend’s matchup with Watford at St James’ Park. Newcastle have lost 12 of their last 16 overall, with just one win in that span. Will things change anytime soon?

Betting on the Draw: Odds — at 3.21 — indicate there’s a 31 percent chance the match ends in a draw. There’s a draw in close to 33 percent of AccuScore sims, suggesting some added value on the draw — but not much.

Building Momentum: Watford made some changes recent with manager Javi Garcia placing more responsibility on forwards Isaac Success and Gerard Deulofeu. Their chemistry has been improving, clicking more and more with Roberto Pereyra.

Success has a 7 percent chance to score this weekend, averaging 0.74 shots overall per sim, 0.25 shots on goal per and 0.07 goals per sim.

Winless: Newcastle’s three non-defeats this season have been 0-0 draws on the road vs Cardiff, Crystal Palace, and Southampton.

Roberto Pereyra has a 17 percent chance to score for Watford. He averages close to 1 shot overall per sim, 0.34 shots on goal per, and 0.19 goals per sim.

For Newcastle, Yoshinoti Muto has a 24 percent chance to score. He averages 0.94 shots overall per sim, 0.5 shots on goal per and 0.27 goals per sim.

Odds — at 2.68 — indicate there’s a 37 percent chance Newcastle win this game. They win 45 percent of AccuScore sims, suggesting some added side value on the pick. Newcastle winning is a four-star (out of four) AccuScore hot trend pick.