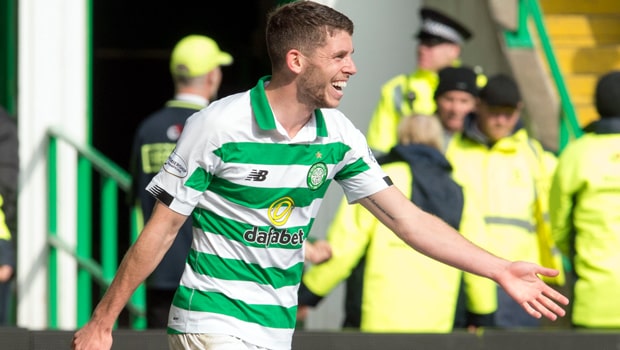 Celtic star Ryan Christie has made an outstanding start to the campaign. The midfielder has notched 11 goals across all competitions including three in his last three appearances.

This is a remarkable turnaround for the lad who went into last season looks set to face an uphill task of securing a spot in the Hoops Starting XI, having being loaned out to Scottish giants Aberdeen for the previous 18 months.

However, he has now established himself as a star feature for the Scottish giants. Stubbs is of the opinion that Celtic would soon have to fend off interests from rival clubs and other clubs across Europe. He maintains that the Hoops would soon be faced with the battle of keeping him at ParkHead.

In the light of this, McCoist said that the Scotland International reminds him of Leicester star Maddison.

He described the player as having a bit of everything and consequently attracting interests from all across Europe. McCoist maintains that Christie was good enough to feature in the Starting XI of any “top eight” team in the Premier League.

McCoist is adamant that the player is very much like Maddison, describing him as very creative.

“I can see similarities in Maddison at Leicester. I think they both take the ball in the same way, and they’re both very, very creative. They’re lovely to watch going forward. He’s been excellent,” McCoist suggested.

Maddison is one of the most touted talents in the Premier League. The Englishman has put up impressive performances since his arrival at the King Power Stadium, fetching interests from Manchester United.

The Red Devils might have to cough out up to £80million if they maintain any hopes of landing the playmaker.

This is of course not the first time Christie will be compared to Maddison as the former arrived at Aberdeen in the same month that Maddison’s loan spell at Pittodrie came to an end in 2017.