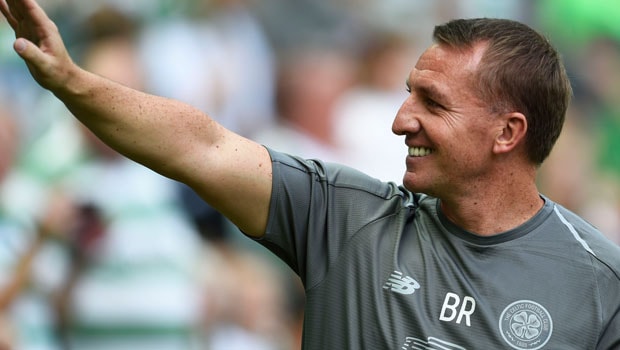 The Norwegian outfit were expected to make short work of their part-time opponents Valur but are now under pressure having lost the first leg 1-0 away from home.

Celtic enjoyed a 3-0 win over Armenian outfit Alashkert and seemingly have a formality to complete in Glasgow this week.

The expectation is that Celtic will face Rosenborg in the next round. It would be a familiar foe for the Scottish champions, as they overcame the same opponents with a narrow success in the qualifiers last summer.

Valur’s 1-0 lead is expected to be overturned in Trondheim this coming week but Rodgers insists there are no certainties in attempting to reach the group stage, even for the likes of Rosenborg, who are already in mid-season.

“It just shows you,” said Rodgers.

“Everyone is probably looking at Rosenborg as being the favourites but it’s a real treacherous period to be playing your games.

“I could tell in the first five minutes of the game the other day that that team were a step up from any of the opening games I’d been involved in since I came here.

“It was just in terms of the speed of their game, the intensity with which they tried to press early on and the conditions. It was going to be a difficult game for us.

“Rosenborg are obviously in season as well. We’ll see how that evolves and whoever we play, if we get through, we’ll meet the challenge.”