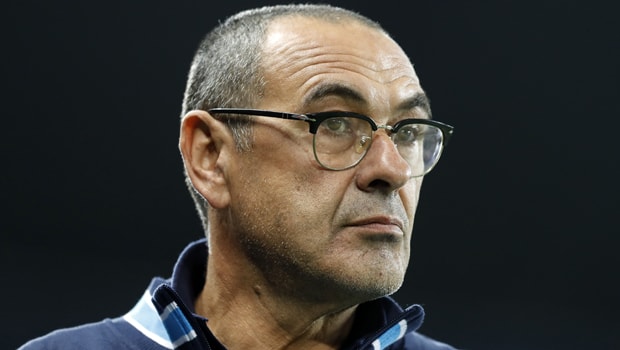 New Chelsea boss Maurizio Sarri is eager for the challenge of Premier League football and insists he will have the Blues challenging for silverware next season.

The former Napoli boss was confirmed as the new head coach on a three-year deal at Stamford Bridge on Friday, replacing compatriot Antonio Conte.

It is anticipated that former Chelsea forward Gianfranco Zola will be appointed as his assistant.

Sarri had been replaced by Carlo Ancelotti as Napoli manager last month but remained at the Serie A club as a compensation settlement was being agreed.

Napoli confirmed earlier in the week that Sarri was in line to take over at Chelsea, before Conte had been sacked.

Former Napoli midfielder Jorginho quickly followed his old boss to London, signing a five-year deal on Saturday for a fee reported to be £50m.

For Sarri, the opportunity to work in England at a club with Chelsea’s recent track record is an exciting one. He knows what will be demanded of him.

“I am very happy to be coming to Chelsea and the Premier League. It is an exciting new period in my career,” he said.

“‘I look forward to starting work and meeting the players on Monday ahead of travelling to Australia, where I will be able to get to know the squad and begin our match action.

“I hope we can provide some entertaining football for our fans, and that we will be competing for trophies at the end of the season, which is what this club deserves.”

Chelsea are 13.00 to be Premier League champions next season and 1.60 for a top-four finish.