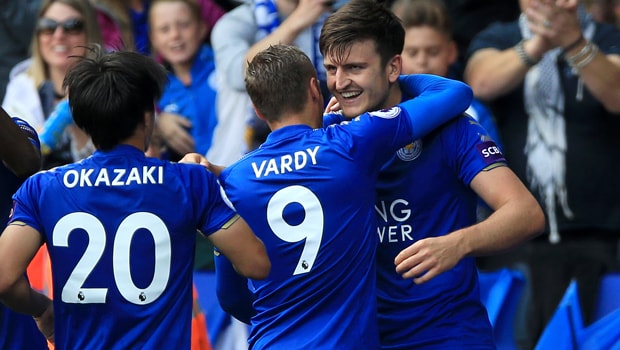 Leicester City are planning to offer England star Harry Maguire a new and improved contract in order to stave off interest following his performances at World Cup 2018.

Maguire was a key player as Gareth Southgate’s England side progressed to the last four in Russia, exiting after extra-time against Croatia before losing 2-0 in the third place play-off against Belgium on Saturday.

The 25-year-old centre-back has impressed many with his composure at the back, while his attacking presence in the opposite box saw him score in the quarter-final win over Sweden and his skill with the ball at his feet make him an attractive proposition for the Premier League’s biggest clubs.

Manchester United have been linked with making a £50million move for the defender, but Leicester are said to be moving to secure Maguire’s long-term future when he returns from Russia.

Maguire still has four years left to run on his current £45,000-a-week contract having joined last summer from Hull City for £17million, though Leicester are reportedly willing to increase that figure to £75,000 per week.

Former England goalkeeper David Seaman has recently suggested that Maguire would be a worthy target for the Red Devils this summer.

“It wouldn’t surprise you with the tournament he’s had would it? He’s been brilliant,” said Seaman.

“And I’m sure there’ll be a couple of other players linked with big moves.

“That would suit Man United down to the ground if he carries on playing as he has shown in the World Cup. He’s definitely going to be a man that’s going to be wanted.”

Leicester are 9.00 to win their opening game of the new Premier League season away at Manchester United. The Red Devils are 1.36 while the draw is 4.75.