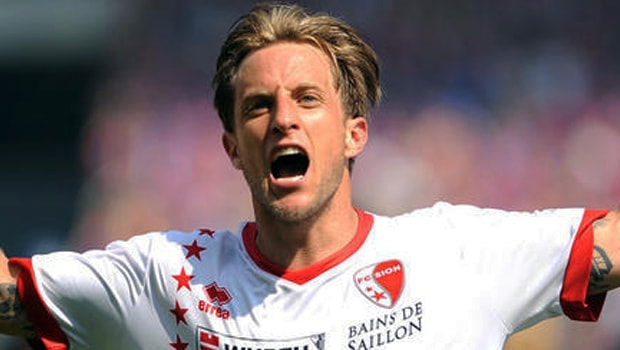 Reto Ziegler has revealed both Celtic and Real Betis have made an approach for him but the defender is waiting to find out whether he has a future at FC Sion beyond the summer.

Ziegler joined FC Sion in 2015 from Italian champions Juventus and he has been a regular first team fixture ever since, making 72 league appearances and scoring an impressive 12 goals.

The former Switzerland international was one of the top performers last season and he helped the club finish fourth in the table, clinching the final Europa League position on offer.

Interest in the 31-year-old is very high but it appears Scottish champions Celtic, who went undefeated in the previous campaign en route to completing a domestic treble, and Betis will be battling it out for his signature.

Ziegler has confirmed both have made approaches but, despite being honoured by this, he says he must find out whether his contract, which expires at the end of this month, will be extended.

“That’s true. But before I try to have a meeting with these clubs, I will be working with the leaders at Sion. I will know more in the next two weeks,” he told Swiss newspaper Blick.

“The offers are an honour for me. But without wanting to sound vain, I think I deserve it as I’ve had a good season.”

Celtic’s interest in Ziegler does suggest Kieran Tierney, who is one of the brightest prospects for the Bhoys, could be set for an exit with Premier League teams said to be interest in the left-back.

Brendan Rodgers’ men will be hoping for a more successful Champions League campaign this time round, having been knocked out at the group stage, but they are still massive odds of 501.00 to lift the European trophy.