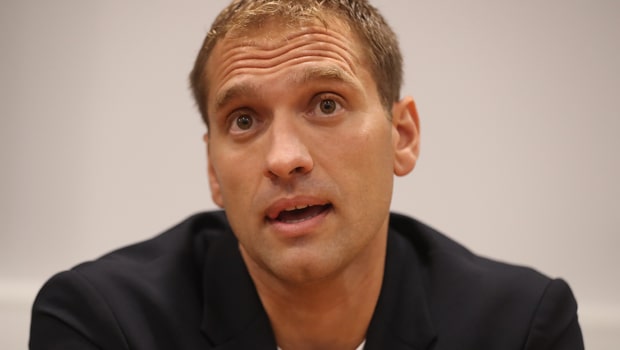 Lennon has been back in the dugout since February, answering Celtic’s call as a short-term replacement when Brendan Rodgers left for Leicester.

His contract is only until the end of this season and, having wrapped up Celtic’s eighth successive Scottish Premiership crown, Lennon on Saturday has the opportunity to oversee a Scottish Cup final against Hearts – where victory will see the Bhoys landing the ‘treble treble’.

Lennon’s future remains uncertain, with a number of high profile names, including David Moyes, Rafael Benitez and Slaven Bilic being linked with the Parkhead vacancy.

The Northern Irishman previously managed the club from 2010 until 2014 and has admitted he’s keen to get the job full-time. Given that he would inherit Rodgers’ squad – one that needs overhauling – Petrov has told Lennon to ask himself if the job is right for him at this point.

“Everyone is talking about whether Lenny will get the job but he has to analyse it and see if it’s a good job for him,” said Petrov.

“It’s not just from the club’s side but for Lenny as well. Managers have different ways of working.

“Neil and Brendan are two completely different managers. They have different styles of football. Brendan spoiled the fans as the team played very good football.

“Brendan built it very well and got in his own players who could fit his style. “Neil also has a lot of questions to ask. Some fans are split but Lenny also has to see if it suits him and the way he works.”