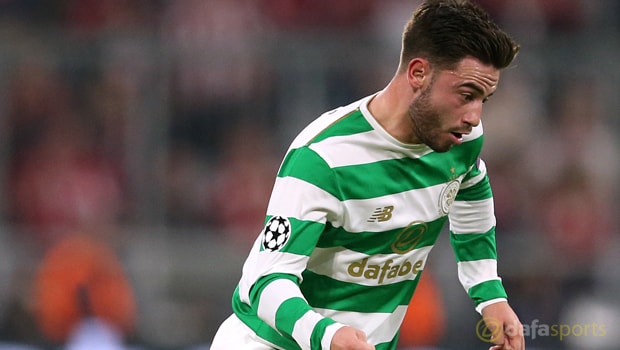 Celtic made the trip to the Allianz Arena for their third European group match of the campaign and many were backing Bayern Munich to rack up a hefty score on home soil.

The Bavarians, now under the guidance of Jupp Heynckes, were head and shoulders above their Scottish opponents and the extra class showed throughout the 90 minutes in Germany as they recorded a 3-0 win.

Thomas Muller opened the scoring after tucking in the rebound from Robert Lewandowski’s strike before strikes from Joshua Kimmich and Mats Hummels set up a comfortable night for the hosts.

It could have been more if not for goalkeeper Craig Gordon, who made a sensational save from a Muller header before also denying Arjen Robben and Thiago Alcantara.

Celtic remain third in their group after bottom side Anderlecht suffered a heavy 4-0 home defeat to leaders Paris Saint-Germain.

Roberts was not feeling too downhearted after the match and he insists the confidence is still extremely high ahead of the crucial semi-final clash against Hibs on Saturday.

“Everyone knows we’re high on confidence,” he said. “We’ll put that to bed now and look forward to the semi-final. You can always learn.

“We got beat, but we got beat by a good side. We have to take positives out of that and we’ve still got three games left.”