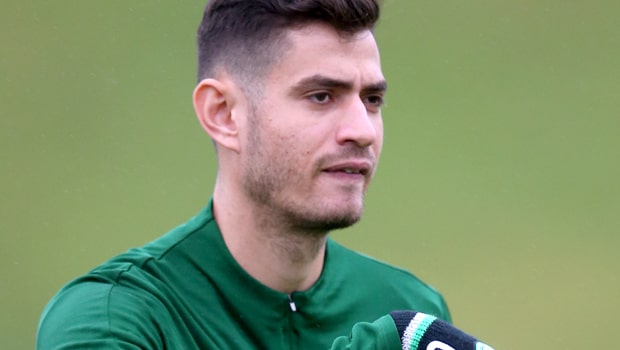 Nir Bitton says he is ready for fight for his place back in Celtic’s first team after being sidelined for the best part of a year with a knee injury.

The Israel international is nearing a return to full fitness after originally injuring his knee in February last year and he is part of the Celtic squad that has travelled to Dubai for some warm-weather training during the ongoing winter break.

The 27-year-old admits he has faced a long-road back to the training pitch, but he is hoping he can now put his injury nightmare behind him.

“It’s tough staying positive, especially when you get a long-term injury,” Bitton told the Celtic View.

“From here, I’ll put the injury behind me, and my main focus is to get back to full fitness now, have a good time in Dubai with the team, to get back into shape, get some thorough training sessions in.”

Bitton is certainly hoping to play his part for Celtic during the second half of the season, with Brendan Rodgers’ side looking to secure an unprecedented domestic triple-treble, while they will also face Valencia in the knockout stages of the Europa League.

He added: “After the winter break, I’ll keep pushing, keep training hard, and hopefully I’ll get some game time, and hopefully we’ll win some more trophies this season.”

Celtic are priced at 1.22 to win the Scottish Premiership title this season, something that is far from assured as only six points separates the top five sides in the division.