Posted by chris schweizer on January 8, 2019 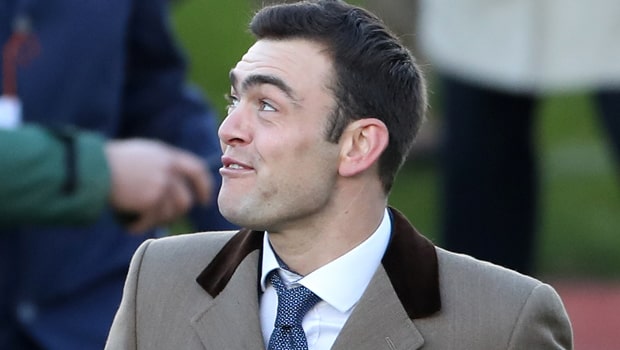 Trainer Olly Murphy admits he is considering a step up in trip and class for Thomas Darby as they look to build momentum ahead of the Cheltenham Festival.

The six-year-old has attracted some attention this season after eye-catching runs at Cheltenham, Ascot and Kempton.

He kicked off the campaign with victory in the Foundation Development Ltd Maiden Hurdle at Prestbury Park, having seen off Elixir De Nutz by three-and-a-quarter-lengths.

Murphy’s charge went on further enhance his reputation with a second place finish at Ascot in November, before coming home third in the Boxing Day 32Red Casino Novices’ Hurdle at Kempton.

The Wilmcote handler has been sufficiently impressed and feels a step up in both class and trip would suit Thomas Darby, who is priced at 26.00 to win the Supreme Novices’ Hurdle.

The extended two-mile-three-furlong Listed Mansion Bet Sidney Banks Memorial Novices’ Hurdle at Huntingdon on February 7 has been earmarked as a potential target.

With the Cheltenham Festival just a couple of months away, Murphy believes it is the perfect time to raise their game as they look to stamp their mark on the Supreme Novices’ Hurdle.

Murphy said: “We might look at running Thomas Darby in the Sidney Banks. I won’t be running him, though, when it gets really soft. He will have one more run, then go for the Supreme.

“A good gallop over two miles is what he wants, but he should be fine over the trip in the Sidney Banks as long as he settles. “We were giving the winner weight at Kempton (Mister Fisher) – and it was on ground he didn’t like, and he was a bit keen.

“It was a good run – and the handicapper thought so, because he has put him up another 2lb. We’ve not seen the best of him yet.”