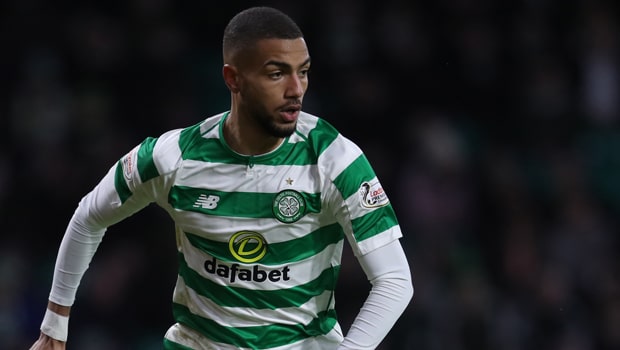 Jeremy Toljan is a fan of Spanish football but the new Celtic full-back believes the Hoops have what it takes to upset Valencia in the Europa League.

The Scottish champions welcome the La Liga outfit to Glasgow on Thursday evening before a return clash in the Mestalla a week later. It will be a significant test for Brendan Rodgers’ team as they look to enter the last-32 of the Europa League for the first time.

Having come out of the group stages with a healthy nine points from a tough section that included Salzburg, Leipzig and Rosenborg, Celtic now face a Valencia side parachuted into this competition from the Champions League.

Toljan joined last month on loan from Borussia Dortmund and has impressed since slotting in at right-back for Celtic.

The 24-year-old is looking forward to his European debut for the Hoops. “I like Spanish football,” said Toljan.

“I enjoy watching it but I know it’s hard to play against Spanish teams. They are good in possession, don’t lose many balls and tend to have good quality players in the team.

“We have good-quality players in our team as well, though. I think it’ll be a tough game but we have a good chance, especially at home.”

Playing in front of a sold-out Parkhead under the lights in Europe will be a big moment for Toljan and, while he warns Celtic cannot be cavalier, he says they must take the game to Valencia.

“At home you have to be worried about conceding a goal. We’ll need to be really focused defensively to ensure we don’t concede. We’ll have to stay compact and solid at the back.

“We might not play exactly like we do in the league in terms of dominating possession but we’ll still be attacking them for 90 minutes because that’s the way this team likes to play.”