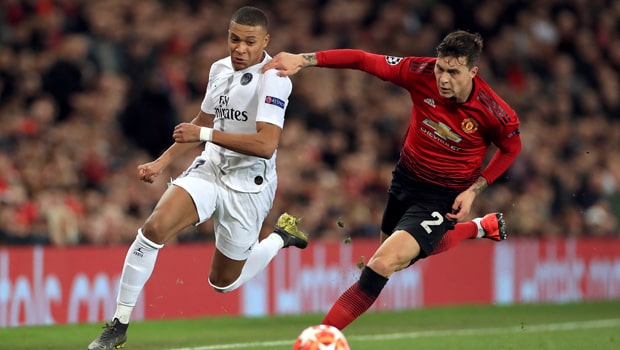 Kylian Mbappe has called for a halt to the “scare stories” about Paris Saint-Germain after their 2-0 win over Manchester United in the Champions League.

The Ligue 1 outfit took a giant step towards the quarter-finals with an utterly convincing win, handing out a maiden defeat to Ole Gunnar Solskjaer in his time as Manchester United boss.

The Argentine was once more the provider on the hour mark, sliding a perfect cross into the path of Mbappe, who beat David de Gea from close range.

PSG were impressive and confounded suggestions they might struggle without the services of Neymar, Edinson Cavani and Thomas Meunier.

“We need to stop with the scare stories. People need to stop being afraid,” the 20-year-old said. “We showed that tonight. We’re good.”

Neymar is set to be out until April at the earliest with a broken metatarsal bone, though Cavani is expected to recover from a thigh strain for the second leg in Paris next month.

Mbappe is already the club’s top-scorer this season, his goal against United being his 23rd of the season in all competitions, and he says the squad has shown it can cope without certain players – no matter who they might be.

“Of course Neymar is hugely important and Cavani is fundamental to us, but football is played on the pitch and we showed that,” he said. PSG are now 7.50 to win the Champions League this season.