Neil Lennon riles against sense of entitlement at Celtic 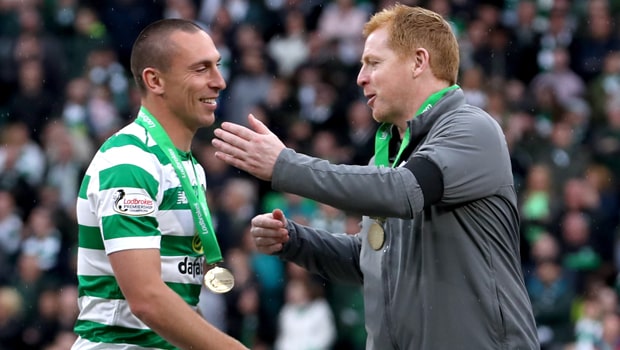 Neil Lennon has cautioned the Celtic supporters on feeling ‘entitled’ to domestic glory ahead of Saturday’s historic Scottish Cup final against Hearts.

Victory over the Jambos at Hampden Park will see Celtic securing a domestic clean sweep for the third year in a row, the much-vaunted ‘treble treble’ as it has become known. Brendan Rodgers masterminded the first two seasons before walking away in February to manage Leicester City in the Premier League.

Lennon was called in to quickly fill the void as interim manager, at least until season’s end. He has presided as Celtic wrapped up their eighth successive Scottish Premiership title, receiving that trophy on Sunday after a youthful side got the better of Hearts 2-1 at Parkhead.

Now they are 90 minutes from creating another bit of history and Lennon says those in the stands, particularly the younger element, can at times be guilty of taking success for granted. Celtic have dominated since Martin O’Neill arrived in 2000, with Lennon soon following as a player.

He has captained and managed his boyhood heroes since to great success in his various spells. While there remains uncertainty as to whether or not he’ll be appointed manager full-time, he is telling people to fully appreciate what they have right now.

“Spot on. Absolutely spot on,” was Lennon’s answer to whether the younger generation of Celtic supporter have been spoiled.

“They will miss it when it’s gone. Absolutely. That’s always the case in any walk of life really. What the younger generation of our fans shouldn’t take for granted is what these players are doing and what they have done.

“It’s remarkable. I can’t believe I’m sitting here talking about a treble treble. The great teams we’ve had over the history of the club never achieved anything like that.

“Winning the treble was like the Holy Grail back in the day. Now these boys have won two in a row and are on the cusp of a third. It’s incredible. Maybe there is a sense of entitlement among the younger fans that we never had before.”