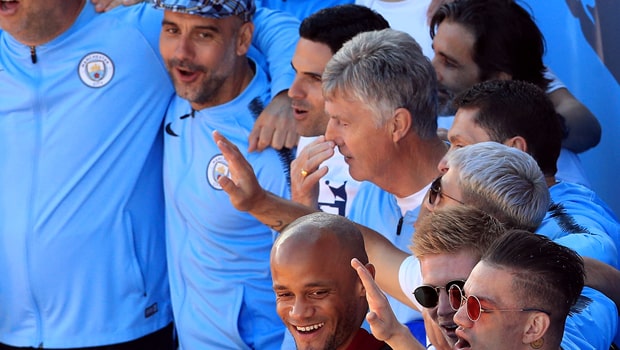 Manchester City boss Pep Guardiola feels he must deliver Champions League glory in order to be a qualified success at the club.

The Spaniard suggests his critics will point to failure in Europe, whatever other success he achieves as City manager.

Guardiola and his side secured an unprecedented domestic treble on Saturday as they brushed aside Watford to win the FA Cup final 6-0 at Wembley.

The Champions League is the one crown they covet most but have, so far, not been able to land. After losing to Liverpool last year, City were undone this time around in an incredible last-eight tie with another Premier League rival in Tottenham.

Guardiola feels his time at the club will be judged by his ability to get that Champions League success, despite breaking records on the domestic front.

“I said before that I know we will be judged at the end on whether we win the Champions League,” said Guardiola. “I know unless we do that it will not be enough.

“This comes with me. I know that. I arrive in Barcelona, we were lucky we won it two times in four years and the people expect I am something special that we have to win the Champions League and it’s still true.

“In this club, the points record and the domestic competitions is incredible, but the Champions League we don’t win quite often compared to the other ones because the teams are so good, the competition is so demanding but we want to win it.”