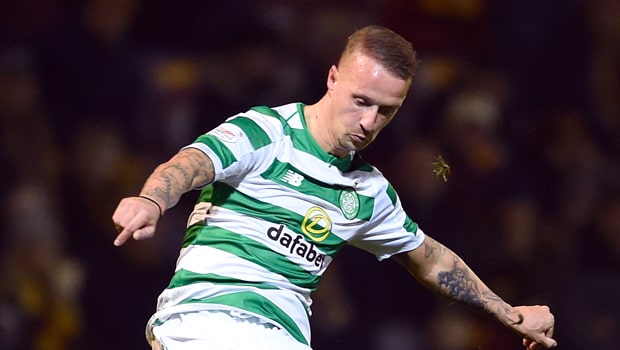 Celtic interim boss Neil Lennon is hopeful Leigh Griffiths could be back in action before the end of the season.

The striker has been out since December, dealing with personal issues, but Lennon says that the 28-year-old is now having fitness tests to assess when he can return.

At a press conference ahead of this weekend’s home game against Kilmarnock, the Celtic caretaker boss said: “We will have a fair idea how far away Leigh is after today’s results.

“He has a bit of work to do but yes, hopefully he’ll be back, which should be a bonus because we have missed his goals, there is no question of that.

“He needs to get some calmness and stability in his life and the football can take care of itself.”

After Saturday’s game Celtic take on Aberdeen and Rangers before facing Hearts in their last league game.

They then play Hearts a week later in the Scottish Cup final at Hampden Park. Earlier this month Lennon said that Griffiths was working hard behind the scenes but indicated his return was some weeks away.

Lennon also told his latest press conference left-back Kieran Tierney is to see a specialist about a pelvis problem while he indicated that he hopes to give 16-year-old Karamoko Dembele a chance before the end of the season.

This weekend will also see Celtic pay tribute to former skipper and manager Billy McNeil who died in the week.

The club say his family has requested the stadium celebrates his life in a game which will see Celtic go a long way towards securing the Scottish Premiership title with a win.

Lennon’s side are nine points ahead of Rangers in second, Steven Gerrard’s side taking on Aberdeen on Sunday.