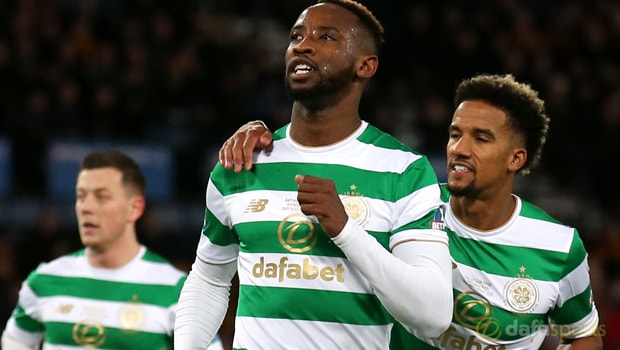 Moussa Dembele has refused to rule out the possibility of leaving Celtic during the January transfer window, although he remains 100% focused on helping the club achieve success.

The France Under-21 international has been a revelation since moving to Parkhead from Fulham in the summer of 2016, netting 40 goals in all competitions for the club, despite struggling with niggling injuries over recent months.

Dembele’s impressive form has seen him be consistently linked with a move away from the Bhoys, with the likes of Chelsea, Tottenham and AC Milan all having been accredited with an interest in his services in the past.

The 21-year-old has now added to that speculation, as he has refused to guarantee whether he will remain at the club beyond next month’s transfer window, although he insists he will continue to give 100% to the Celtic cause for as long as he remains in Glasgow.

The former Paris Saint-Germain youngster insists he will not let speculation regarding his future affect his contribution on the pitch, as he has become used to dealing with such talk.

Asked if it was unsettling to be the subject of repeated speculation, the striker said: “No, not really. That was the case when I was in France too so I have been used to it.

I just get my head down and work.” Dembele will be hoping to let his football do the talking once again when Celtic put their 68-game unbeaten domestic run on the line against Hamilton on Wednesday.

The Bhoys are priced at 1.13 to secure a victory from the match at Parkhead, while the Accies are available at 17.00 and the draw is on offer at 8.50.