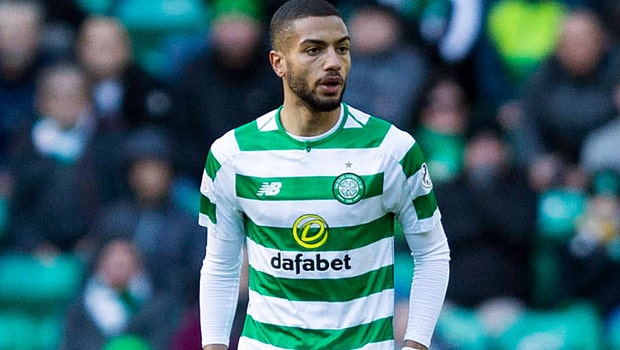 Jeremy Toljan has only been a Celtic player for a month but is already targeting one of the biggest European results in the club’s history this week.

The on-loan Borussia Dortmund full-back believes Celtic must travel to Spain for their Europa League clash with belief despite trailing Valencia 2-0 after the first leg in Glasgow.

Toljan suggests that Valencia might be guilty of thinking the job is already done following their success in Scotland and feels it is up to Celtic to give them something to ponder in the Mestalla.

“I genuinely believe that we can score against them and, with a little bit of luck, we can turn the tables on them,” he said.

“Our game plan was fine last week and we were very good for the opening 20 minutes and we could even have opened the scoring.

“However, if we score first at the Mestalla then we will see what happens. If we can do that then maybe that will affect them mentally and they will start to think about what might happen next because you never know in football. We will go there in a positive frame of mind and try to win.”

Brendan Rodgers has also suggested that Celtic must put their focus on getting the all-important first goal in Spain on Thursday.

Toljan echoed those thoughts and hopes to find the host team off their guard given the commanding position they are already in.

“They might think that they are already through to the next round but we can maybe get inside their heads with a good start,” he added.

“It will be my first time in that stadium and it would be a big result if we could somehow could go through. As we say in Germany, ‘hope never dies’ so we’ll go there with the right attitude and try to beat them. Miracles happen.”